Sources : JDLE du 09/14/2011 et RSE du 01/15/2009 Approximately one century ago, Nikolaï I. Vavilov, Russian scientist, foresaw a risk of catastrophe that would deprive humanity from natural biodiversity. A botanist, agronomist and geneticist, his life was dedicated to the study of plant diversity and collecting seeds of cultivated and wild plants from all over the world. He developed this activity at the Russian Institute of Horticulture where he was director from 1921 to 1940. 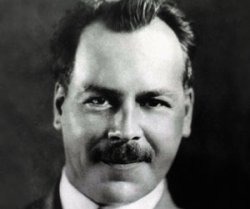 Today the Vavilov Institute seed bank is ranked 4th internationally, after those in the United States, China and India. It contains grains and seeds from 322,000 plant species, 43,000 of which are vegetables and 5,000 are berries. For the experts, 90% of the collections from this “bank” cannot be found in any other institution of the same standing. For comparison’s sake, the official seed catalogues, authorized for commercialization in Russia and France contain approximately 7,000 varieties each and the European catalogue about 35,000. According to the operation established by N. Vavilov 80 years ago, each acquisition is studied for three years before it can become part of the collection. The Institute possesses 260,000 specimens, as part of UNESCO heritage. Certain seeds, especially those of vegetables, necessitate regular renewal. They have to be planted and then harvested in order to be conserved again for several years. For this purpose, the Institute owns land in the periphery of Saint Petersbourg and 12 experimental stations distributed over the territory of the Russian Federation. Indeed, this organization requires a lot of funds to operate well. And, to obtain these subsidies from public institutions, the Vavilov Institute must prove that the riches contained in the Seed Bank is not only passive heritage. It must hold a concrete role in Russia today.

However, the Institute of agronomic research is in the way. Its conservatory has the unfortunate inconveniency of being located in Pavlovsk. Situated only a few kilometers from Saint-Petersbourg, this town is where Peter the First built a wonderful palace. It has become a very fashionable suburb, where it is considered chic to own a house or a datcha.

At the end of Winter 2009, the Foundation for the development of Russian homes (Russian acronym is RZHS), the landowner of the lot, asked the law to move the conservatory legally in order to yield it to beautiful condominiums, reserved for the employees of the Academy of Sciences. At the end of July, the magistrates or the 9th court of appeal favored the land developer, and ordered the destruction of one of the most important conservatory orchards in the world (which extends to 90 acres) managed by the Vavilov Institute. They magnanimously give three months to the institution to find shelter for its collections and thousands of trees and bushes.

The affair caused uproar. The American Global Crop Diversity Trust began circulating an international petition addressed to Medvedev. The international press took over. And, sign of the times, the Russian president Dmitry Medvedev expressed his interest on his twitter account.

In a correspondence addressed to the Russian authorities, the heads of the Program of the United Nations for the Environment (PUNE) evaluated the collections of the Pavlovsk experimental station as “unequalled in the world” and must be protected. The lawyers from the institute try a last recourse at the high court of arbitration.

The legal battle continues. The President Medvedev works on preserving the two parties’ interests. By trying to make the “less important” portions of the conservatory made into lots, without touching the essential collections. Experts inspect while the scientists are audited. The goal of the RZHS was to categorize 70 acres, the number two plot (two thirds of the orchard), as wasteland, which would make them buildable.

In June 2011, the fourth inspection in less than 10 months concluded that a part of the collections (mostly grasses) was transferable. It would be also possible “but difficult” to transfer the trees and the bushes. These projects were contested by the directors of the Vavilov Institute. The transfer of the collections, trees a fortiori, is indeed possible, but technically difficult and exorbitantly expensive. The scientists also consider it ludicrous to promote an idea of cohabitation between a residential area, with all its various constraints (roads, energy and water connections, etc) and negative impacts (pollutants, grey water waste), with a botanical garden of international reputation.

It is now the Kremlin’s turn to act. But with 6 months away from presidential elections, there may be other short-term priorities...

Great Britain: humans are too noisy under water as well

Since November 2009, a large number of seals (90 horribly mutilated carcasses) were washed up on British East coast with terrible injuries in “corkscrew,” as if they were passed through a giant pencil sharpener.
© Universal news and sport Scotland - internet

The scientists of the unit of research on marine mammals from the Scottish University of St Andrews suspect that the female seal may be attracted to the buzzing of the boats’ propellers, which imitate the cry of the male during the reproductive period. The accoustic tests made by the Scottish researchers confirmed the hypothesis of the animals’ mistake: thinking they were joining a friend, the female pinnipeds were indeed sucked up by the boats’ propellers. "We have observed that deaths in the summer concern exclusively females, during the reproductive period and those in winter are younger grey seals, stated David Thompson. He is the head of the program that researches the type of propellers that provoke the most serious wounds.

Places where the carcasses were found
© internet

The inspector Mike Brown, who directs the police investigation in the Norfolk, indicated: “The seals suffered terrible wounds, which we think are the probable cause of their death. There is no sign that it was due to sickness or any type of predator. We work closely with the drivers of tugboats and local fishermen, but we like to hear anyone with information on the subject of these events.”

Human activity in open sea (such as leisure, fishing, energy production, military...) has considerably increased in the course of the last decades, and their impact has brought up the volume in the ocean. This sound pollution generated by human activities can affect the health and behavior of sea animals.

China brings fish back to the Yangtze [1]

Source : JDLE of 07/15/2011 In order to reconstitute the ecology of the Yangtze (the blue stream), whose fauna and flora have suffered so much these last years (such as the extinction of the Yangtze dolphin in 2006), Chinese press indicated that the Chinese ministry of agriculture proceeded to add fish again to the regions of the Jiangzi, the Hubei, the Hunan, the Anhui, and the Jiangsu. According to Xinhua, 1,3 billion fish and young fish have been released these last days. Unsurprisingly, the most favored species are cyprinids (the largest family of fresh water fish), such as the black carp (Mylopharyngodon piceus), the herbivore carp (Ctenopharyngodon idell) and the bighead carp (Hypophthalmichthys nobilis).

At the same time, aquatic plants were planted on 9000 acres of riverbeds. 21 million shell fish and mollusks were brought into the water. Let us remember that on June 6, 2006, the gigantic Three Gorges dam, situated on the Yangtse* river in the heart of China, has been set into motion. With 2.3 km lng and 185 m high, the dam now regulates the waters of the third largest stream in the world, 300 km long, the rate of flow of which is estimated at 22,000 m3 a second. The zone threatened by the damming was a biotope of 6400 plant species, 3500 species of insects, 600 butterflies, 500 land vertebrates, 100 some mammals, and 350 fish species. A large portion of these animal and plant species were endemic, that is, they only live in this region.