Bats in epidemiology, Between hopes and fears, by François Moutou

According to the 2018 synthesis*, 6,399 mammalian species were recorded. Rodents account for about 50% and bats for about 25%. This means that the remaining 25% of mammal species are primates whose humans, carnivores, antelopes, elephants, whales… By the way, don’t forget that mammals represent only a tiny part (between 1% and 5% ?) of the animal species known and described! 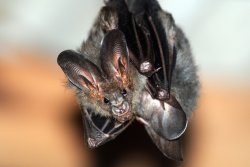 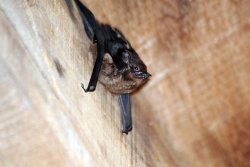 The majority of bats head themselves thanks to echolocation (principle similar to that of sonar). Insectivorous and nocturnal microchiroptera are mainly using echolocation. Echolocation, that requires an energy expenditure, is used mainly when hunting or travelling in unknown terrain. Bats are not blind and it seems that they have a well adapted to night conditions vision. They can be dazzled or disturbed by artificial outdoor lighting (phenomenon of light pollution). 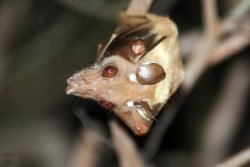 The largest bats (formerly Megabats), the fruit bats, families of Pteropodoids, are usually frugivores and use their sight and smell. They have no echolocation.

Today bats are more and more associated with Emerging Infectious Diseases (EID), why ?

Bats (and rodents) are the reservoir of zoonotic viruses, but apparently are not always susceptible to the corresponding diseases. What about transmission between bats and from bats?

Even if bats host viruses, they may be different from those identified in nonflying mammals (for example SARS, civets/ «SARS-like», bats). 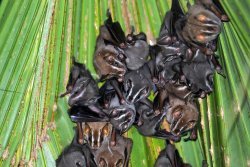 What are the links between their genetic diversity, their ecological variability, their behaviours, and epidemiology of EID ?

If bats can live in contact with these viruses, could they be used to understand this kind of harmless relationship? What is the knowledge about their immune system?

Bats possess DNA-repairing genes linked to the powerful oxidative metabolism caused by beaten flight and that these same genes could explain their resistance to all these viruses.

Watch here this wonderfull documentary about Greater horseshoe bats (Rhinolophus ferrumequinum) made by Tanguy Stoecklé (you can choose the language of subtiles). Death and birth in bats. A unique film! Exceptional and unprecedented scenes! A story inspired by real facts.

The virologists are working !

Many examples are known recently, but the situation is not new; it has already happened in the past with two epidemics due to Coronavirus in 17 years from China, which remains a little in view of the Chinese context. The source of the epidemics is in the animal markets in China. Wild and domestic animals coexist in conditions of high promiscuity, poor health conditions, stress, all possibilities of multiplication and viral transmission between animals and animals to humans. Some animals can just act as a relay. 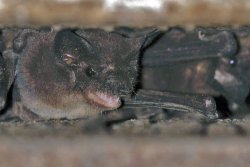 And the bat’s point of view in all of this?

MANY QUESTIONS...AND ONE CERTITUDE

The current demographics, the accelerated degradation of areas which have not yet been modified and their replacement by extremely simplified agrosystems, urban areas, the massive use of chemicals and the associated pollutions, are preparing the ground for catastrophic phenomena with fewer and fewer possibilities of returning to a harmonious state, or only by passing through tumultuous and deleterious transient states for a good part of the living, including the human beings.

The SARS-Cov-2, the COVID-19 agent, capable of restoring blue to the sky and reducing air pollution, is a spectacular signal of the impact of human activities on the living when these activities cease. This emergence is probably not directly linked to the climate change, but we have to wonder ourselves about the reciprocal. Viruses, large and small in their own way, are part of biodiversity.

At the moment, the probability of a new emergence of a virus still does not seem calculable : it remains too random. Conversely, the risk of a “successful” emergence, which means that would lead to an epidemic, is correlated with many human parameters and increases with the growth of the human population, the human density present in more and more megacities, uncontrolled pressures on the remaining poorly modified environments, where most of the biodiversity is, including microbes. Globalization, whose out-of-control trade in so many animal species across the planet, can only promote the transition from an emergence to an epidemic, with a frequency and success that should grow if nothing changes.

You are here  >>  Home  >  Reports  >  Bats in epidemiology, Between hopes and fears, by François Moutou