IUCN was founded in October 1948 as the International Union for the Protection of Nature (or IUPN) following an international conference in Fontainebleau, France. The organization changed its name to the International Union for Conservation of Nature and Natural Resources in 1956 with the acronym IUCN (or UICN in French and Spanish). This remains the full legal name to this day. IUCN helps the world find pragmatic solutions to most pressing environment and development challenges. It supports scientific research, manages field projects all over the world and brings governments, non-government organizations, United Nations agencies, companies and local communities together to develop and implement policy, laws and best practice. IUCN is the world’s oldest and largest global environmental network - a democratic membership union with more than 1,000 government and NGO member organizations, and almost 11,000 volunteer scientists in more than 140 countries, grouped in six Commissions. IUCN’s work is supported by over 1,000 professional staff in 60 offices and hundreds of partners in public, NGO and private sectors around the world. The Union’s headquarters are located in Gland, near Geneva, in Switzerland.

One of the IUCN missions is to establish and regularly update a “red list” of threatened animals and plants species . IUCN elaborated a list of rigorous and recognized criteria that allow to evaluate the risk of extinction and, then, to classify the species into one of the nine categories of this red list. 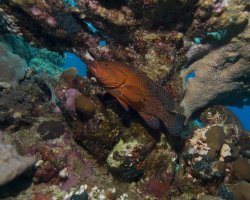 EXTINCT IN THE WILD (EW)