2011,International Year of the Forest: some statistics

According to the UN evaluation of world forest resources in 2010, the most complete one made up until now, the world forests represent a little more than 4 billion acres, or 31% or the total surface of land mass. The 5 countries that represent more than half of the world surface area of forest are Russia, Brazil, Canada, the United States and China. The rate of deforestation and forest loss at a world level remains alarming, although it has gone from 16 million acres a year in the 1990’s to 13 million from 2000-2010.

According to an international study, the world’s forests absorb one third of CO2, emitted by fossil fuels in the atmosphere. This also alerts us on the dramatic consequences of deforestation in the context of climate warming. If we were to stop deforestation tomorrow, the existing forests and those in the reconstitution stage would absorb one half of the emissions by fossil fuels, Joseph Canadell states (Commonwealth Scientific and Industrial Research Organisation), co-author of a study published by the American review Science. According to this first statistical study, the planet’s forests absorb 2.4 billion tons of carbon every year. All forests, Northern, tropical, and temperate contribute to the carbon cycle. 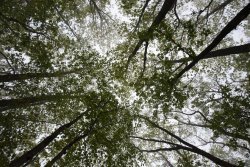 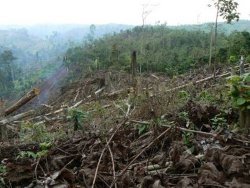 One of the main lessons learned from this study is that the forests are not only very important reservoirs of carbon but they also actively absorb CO2 from human activities. According to Canadell, forests are also taking center stage in climate protection. The second lesson is the growth of economies made possible by better forest management, and who are exploiting the profits made by deforestation, will be greater than expected. The head of Global Carbon Project reports the financial advantages brought forth by the carbon market and compensations in the REDD mechanism (Reduction of Emissions through Deforestation and Degradation). This mechanism was formally adopted during the UN climate summit in Cancun (Mexico) in late 2010. Its goal is to influence countries with tropical forests to avoid cutting them down and manage them sustainably, by giving them financial compensation. 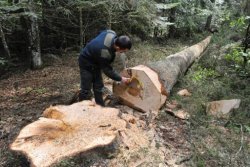 Forest management in France: a contract of objectives to improve the ONF finances

Source AFP -11/22/2011 The Office national des forêts (ONF), the public forest manager, signed a “contract of objectives and performance” for the next five years with the State and the forest communes. The public institution is aiming to balance their budget by 2016. Among the main measures, this contract, presented on Wednesday, November 2011 during the 94th congress of mayors, unsurprisingly ratified layovers a as high as 7%: 700 out of 9000 ONF employees. This is a sensitive subject for this institution, founded in 1964. It has absorbed a slump of 20% of its personnel in 15 years, and had to confront a wave of suicides, 6 since last June. The ONF manages one quarter of French forests (4.7 million acres), that is 15% of forests belonging to communes (2.9 m acres) and 10% to the State, owner of dominial forests (1.8 m acres). You can read more on: http://www.france24.com/fr/20111123...

Dry or “sclerophyllus” forest (“coriaceous leaves”) develops in dry climates (less that 1,100 mm of rain in a year), and is subject to drying trade winds and a dry season during 6 months out of the year. “The dry forests are situated on the West coast of New Caledonia and extend to the coast up to 300 or 400 meters of altitude, very often on sedimentary rocks and more rarely on basaltic rocks”, the program of dry forest preservation states.

According to WWF, this is the most threatened tropical ecosystem of the planet because of urbanization, livestock, agriculture, bushfires and invasive species. These forest have 4550 plant species, 6 to 10 of which cannot be found elsewhere in the world, as well as a very diversified fauna including insects (33 species of butterflies), mollusks, reptiles and birds.

Since 2001, several projects of restoration and reforestation have been carried out with the participation of local populations. The goal is to restore “close to 50 acres of dry forest and prevent the formation of tree cemeteries by protecting the existing priority parcels with private landowners, restoring the damaged parcels, eliminating invasive species and replanting endemic ones”. This action will continue in 2012, the NGO indicates.

A tree takes decades to be made into a tree; let us not cut them down just for our own comfort…