Are we going to eat jellyfish in the coming years ? Quite possible as there are more and more jellyfish and less and les fish in the oceans. A study published in the Bulletin of marine science, done by Philippe Cury from the Institute for Research and Development (IRD), shows that proliferation of jellyfish is due to overfishing of small pelagic fish. Sardines, herring, anchovies feed on zooplankton such as jellyfish. 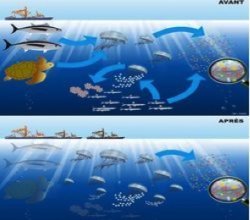 In areas where fish are overfished, they release an ecological niche and then jellyfish can thrive. Moreover, the fish eat the eggs and larvae of jellyfish. In the absence of fish, jellyfish have no predators, and are free to multiply.

To highlight the role of overfishing, the researchers compared two ecosystems in the Benguela Current, south of Africa. The first, located offshore Namibia is an area of ​​intensive fishing. Jellyfish swarm there and replace the missing fish. In the second 1000 km further south, fishing is on the contrary highly regulated for 60 years and the population of jellyfish has not increased. 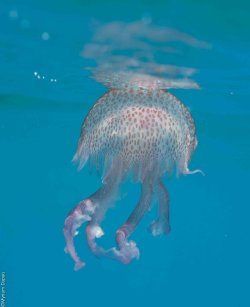 Common sense leads us to think that, without delay, we should stop fishing as we do and listen a little more scientific recommendations. But common sense isn’t it the thing less well distributed in our world today? As we have many opportunities to see, the economic, financial, political are far more important than the future of our planet, of our oceans, of our children, although all that destroys the environment is done in their name ...

So if you like fish, choose your fishmonger well! 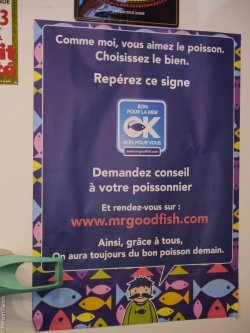 The pitch: these last ten years, there are small purple jellyfish that return every summer on the beaches of the Mediterranean. Others are poised to colonize the North Sea or are dying by the thousands on the Atlantic coast ... These waves of jellyfish reflect an imbalance in the marine ecosystem which the causes and scope are not yet fully understood . They also intrigue the scientific community that rallies for 10 years to try to understand the phenomenon of proliferation.