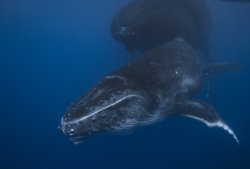 Some rest for the whales in the South Pacific

On February 10th 2011, Japan suspended until next season its annual whaling as a result of the pressure the Japanese whalers were under from the Sea Shepherd association.

For 7 years, Sea Shepherd has been taking action against the Japanese whale hunting boats. The Australian government and Sea Shepherd are determined to stop this hunting. 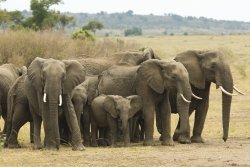 On February 25th 2011, Thai authorities proceeded with the seizure of an estimated $US1.7M of ivory (50 elephants and 3 rhinoceros tusks).

The CITES [2] forbade the trade of ivory in 1989, but revisited its decision in 1997 by authorizing punctual sales by the countries from Sub-Sahara.

Every year approximately 38,000 elephants are killed in Africa from a population estimated at 500,000. Asia (China and Japan mainly) is the biggest market for illegal ivory, Thailand being one of the traffic platforms. 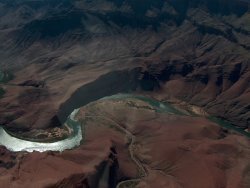 The census of the US Bureau of Indian Affairs lists 564 Indian tribes in the territory of the United States. Indians generally live on “reserves” representing about 220,000 km2 of land.

Nowadays, Native tribes are buying back parts of the lands they have been dispossessed of in the 19th century and are bringing them back to their natural state. For example, Florida State Seminoles, for the past ten years, with revenues from Casinos they own and from other investments, have bought back parts of the swamps of Big Cypress in Florida State. The ‘Drilled Noses’ from Oregon State, the Flat Heads, the Assiniboines and Sioux from Montana State and the Chippewas in Minnesota are also acquiring part of their ancestral land. Some Native tribes have regrouped themselves to develop an intertribal natural reserve of 1578ha (the Sinkyone reserve) along the coast of California.

American Indians are doing this to allow their ancestral land to revert back to its natural flavour of the past. They wish to protect the lands on which their ancestors spoke to their gods and to Mother Earth.

[2] CITES : Convention on International Trade on Endangered Species of Wild Fauna and Flora