OUR LIVING PLANET : are we going to live a reversal of geomagnatic poles ?

Source : AFP Deep in its heart, our planet Earth generates a magnetic field. This magnetic field acts as an invisible shield, without which life would probably never have occured on Earth. Mars used to have its own magnetic field, but it disappeared for unknown reasons. Left to the mercy of the space wind, the Red planet is totally inhospitable to us, and apparently lifeless. Actually, it seems that the Earth’s magnetic field is loosing its force very quickly.

*** What is the Earth’s magnetic field ?

The Earth’s magnetic field is due to displacement of matter in the Earth’s outer core. It seems that this core is composed of more or less liquid iron and nickel, that are in a vibrant permanent rotary motion around a solid inner core. The energy of this rotary motion is converted into electromagnetic energy: this is the principle of a gigantic dynamo. This magnetic field deflects the solar wind from reaching our planet. These solar winds are streams of ionizing particles or cosmic rays; some are very dangerous because of their radioactivity. So this magnetic field is not only useful: it was probably essential to the emergence of life on Earth.

*** Why these reversals of the poles ?

This magnetic field is alive: it varies, it fluctuates and it reverses. The inversion phenomenons are likely related to decelaration in movements of the Earth’s core, or to changes in their direction.

Thanks to coring in the mountains, geophysicists have shown that our planet has experienced several episodes of magnetic poles reversal. Studying volcanic rocks, scientists can trace the history of magnetic field (paleomagnetism). Indeed, crystals of the volcanic rocks are oriented according the lava field in place. As the lava flow has cooled down, crystals have kept a track of their alignment.

In 2001, during an international polar expedition, scientists discovered that the magnetic North Pole had moved of about 300 km in seven years. Movement speed of the Canadian Arctic Shelf towards Russia, specifically towards «Severnaya Zemlya», is now 40 km per year. According to the scientists’ forecasts, the North could end at any given moment, in the South Atlantic. The significant anomaly that was observed in this region, where the magnetic field is only 60% of the standard, is looking like an evidence.

In late June 2014, the European Space Agency (ESA) presented the first results of its Swarm mission, a constellation of three small satellites launched in November 2013, which are studying in detail the Earth’s magnetic field. The measurements made by satellites showed that said magnetic field was beginning to weaken rapidly, losing 5% of its intensity in a decade, down 10 times faster than it was previously envisaged. This has revived the theory that this weakness could be the prelude to a reversal of the poles.

Simulation of a reversal of poles
© internet

Computer simulation of the Earth’s field in a period of normal polarity between reversals. The lines represent magnetic field lines, blue when the field points towards the center and yellow when away. The rotation axis of the Earth is centered and vertical. The dense clusters of lines are within the Earth’s core. Source : internet

Thus, geologists have estimated that the most recent geomagnetic reversal occurred about 780,000 years ago. Currently, no one can say whether the observed decline trend will continue, but the magnetic field has already been lower in the past, before bouncing back and returning to normal levels.

*** What will happen when the magnetic field will disappear ?

In March 1989 in Quebec, a major solar eruption - from which some particles may have crept into the defects of our earthly shield - caused a geomagnetic storm with the collapse of the power grid and a power failure of a large magnitude. Our civilization is based on electricity. It is hard to imagine what will happen across the world when the magnetosphere will weaken, as it occurs during a magnetic pole reversal ...

The problem of complete reversal is that we do not know when it will happen, how long it will take and what are going to be all the consequences of this reversal. However, we know that during this period of time, the Earth will no longer be protected by its magnetic shield. The ozone layer, already damaged by our activities, will be disrupted, which will create huge holes in the atmosphere at some places in the world. These unstable “holes” will move from one place to another.

The Earth’s magnetic field will diminish and disappear during the field’s reversal, perhaps for several days, weeks or years, before recovering then, but reversed.

The absence of magnetic field during the process of imbalance, is going to let all the space particles and cosmic radiation (notably from the Photon Belt) watering the Earth. As a matter of fact, during this period, the Earth will no longer benefit from its own magnetic belt to protect us. These belts are called Van Allen’s Belts, named after the scientist who discovered them in 1958; they are one of the filtering mechanisms, with the atmosphere, of the particles that arrive from the sun and space.

The beginnings of reversal according to some scientists, are already in place: the climate change (accelerated by human activities), natural disasters such as tsunamis, earthquakes, hurricanes and other upset seasons ... The WHO (World Health Organization) is trying to be ready to the death of millions of people due to cancers, or even more, if the solar radiations are not stopped .... 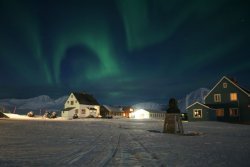 «The weakening of the magnetic field during the transition phase will reduce the effectiveness of this protective shield, leaving the field open to the solar wind particles and to harmful radiations, whose virulence will have a serious impact on human health and on all kinds of terrestrial ecosystems. Magnetic storms (due to solar winds) and aurora borealis could then be part of our daily lives ; a series of earthquakes along the tectonic fault lines and some gigantic tsunamis, consecutive to suboceanic changes, may also occur causing the disappearance of islands and coastal regions under huge waves, while a new seabed is going to arise from the depth ...»