Wednesday 12/04/13 : The internationale day of Cheetah Thanks to Laurie Marker and the Cheetah Conservation Fund (CCF), the International Union for Conservation of Nature (IUCN) has declared the December 4th as “the International Day of the Cheetah.” The cheetah is the fastest and the oldest of the big cats. He survived three million years of glaciation and periods of global warming. However, its survival is threatened, more than ever, due to conflicts between it and the man and the destruction of its habitat. 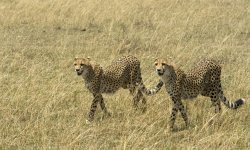 The cheetah could disappear from the wild within less than 10 years. December, the 4 is an opportunity to celebrate the cheetah and acting, especially by talking around you, and for this magnificent big cat to have the last chance to win the most important race of his story: that of survival. (thank you to AmisFélins).

Saturday 13/12/07 : Forum on the Sea jobs in Paris from 10:00 am to 6:00pm. Free entrance. Institut océanographique « Maison des Océans » - 195, rue Saint-Jacques 75005 Paris. The salon will offer college students and high school students, passionate about Oceanographic Sciences, go to meet professionals from the sea, across a wide range of schools and training organizations. More info on :www.institut-ocean.org 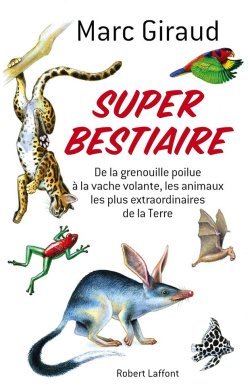 Scientists trekking deep in Colombia’s La Mesenia Reserve Forest recently spotted a young olinguito, as big as a kitten, a mammal that was just confirmed as a new species in August. The Olinguito (Bassaricyon neblina) is of the racoon family Procyonidae that live in montane forests in the Andes of Western Colombia and Ecuador. Kinkajous resemble olingos, but are not closely related. The animal is an omnivorous frugivore that eats mainly fruits, but also insects and nectar. The Olinguitos appear to be strictly arboreal and are nocturnal. They probably produce a single offspring at a time. Males et females are of the same size. Up today, 19 Olinguitos were studied. They measured from 660 to 820 mm length. 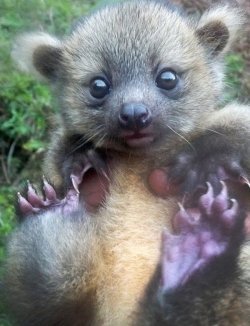