According to an American study done in 2008, 40% of the oceans are seriously affected by human activities. In March 2008, the International Scientific Mission (CEAMARC) discovered an unsuspected biodiversity in the Austral ocean: not less than 80 new fish species and 500 invertebrates species.

Bioacoustics: during their worldwide congress in July 2008 in Paris, 4500 bioacoustics specialists denounced the heavy threat to marine mammals from sound pollution. Whales, dolphins, killer whales and walrus use a very subtile natural acoustic system to get their bearings in their environment and to communicate among individuals and groups.

Noise generated by humans (ships, submarines, deep water drilling, etc.) could lead to the extinction of these species.

On the Splitzberg Island, 1000km from North Pole, in February 2009, the first anniversary of the Bio-Safe will be celebrated. This Bio-Safe is expected to hold 4,5 million vegetable seed samples.

he new version of Google Earth includes views of 30 oceans. Co-developed with IUCN, the application includes multimedia functions allowing visualizing the submarine environments, including 4500 protected sites around the world. This new version is done as an interactive tool at: www.earth.google.com 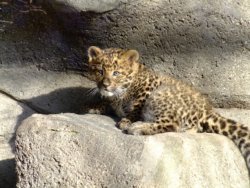 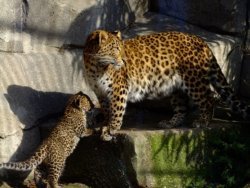 In January 2009, a baby Chinese leopard (Panthera pardus japonensis) was born in Paris at le Jardin des Plantes. The mother and her son are in a good health.